5/18: In his third year as a varsity player, second baseman Genki LeClair capped off his senior campaign by being named ‘Player of the Year’, the highest honor awarded to position players by the MCAL. 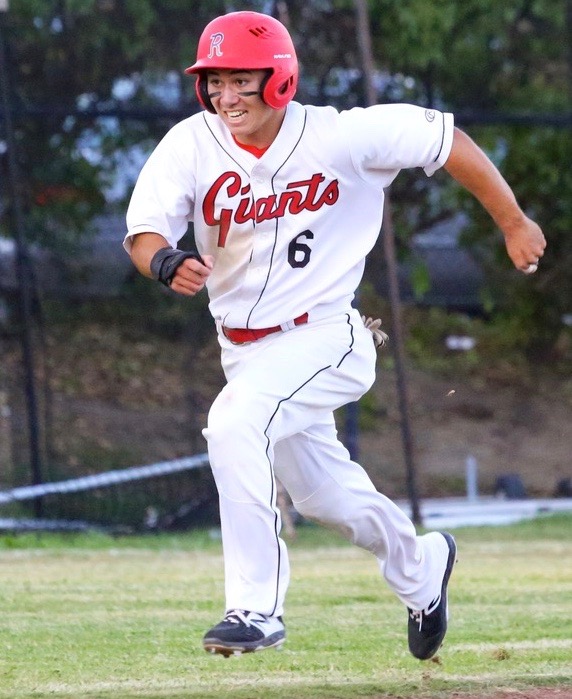 LeClair has been a catalyst to the Giants offense that took sole possession of third place in the MCAL round robin and then went on to sweep the playoffs, ending their MCAL season as co-champions.  LeClair’s .475 overall batting average ranked #28 in the North Coast Section and his .471 league batting average ranked #1 in the MCAL.  Genki also led the league with 24 hits and ranked #2 in with two triples (behind Jack Morken with three), #2 in the league with 17 runs scored, #2 in the league with ten stolen bases, #2 with 17 runs scored, and was #1 in the league with a .571 on base percentage.  To date, LeClair has proven to be tough on pitchers as in 107 plate appearances, Genki has only been struck out seven times.

Three year varsity veteran Jackson Barry took All-MCAL second team honors as an infielder.  The smooth fielding third baseman ended the MCAL campaign with a .347 batting average, ranking fifteenth in the league.  Barry ranked #3 in the league with six doubles and had a homer to his tally.

Junior Lucas Roy took his well-deserved place on the second team as an outfielder.  Roy contributed at the plate, in center field and on the mound.  Roy may be most remembered for closing out the MCAL Championship game with a four-pitch strike-out, but it was likely his offensive numbers that earned his spot.  Roy ended the MCAL season ranked #16 with a .333 average.

Sophomore Ben Cohen also made the second team as a designated hitter/utility player.  Cohen played games in the outfield, as a designated hitter and pitched.  He ranked #18 in the league with a 3.15 ERA.  Ben ended the MCAL season with a .371 batting average, ranking #9 in the MCAL.  He also had a homer to the Giants total.

Senior Kyle Felder took Honorable Mention honors.  Felder ended the season with the best winning percentage in the MCAL, going 6-0 in league play.  His six wins ranked #2 in the MCAL.  His .74 ERA ranked #3 in the league.  His 19 strikeouts in 28 innings ranked #16 in the league.